The composition of garbage generated in is given in the Table 1 below.

Table 1: Composition of garbage generated in .

In addition to the above-mentioned amount, another few millions can be added from the sale of bones, leather, rubber, etc and composing of Bio-waste

According to survey carried out in 1005: Waste generation rate: 300 grams/person/day

At another place the rate is given as: / capita / day

It is also given that garbage generation ranges from 0.2 to / capita / day in various Town Municipalities (TMAs). This variation in generation rates data poses an anomalous situation.

Another approach is to have garbage generation rate per capita as:

The population data of is as given in Table 2 below. Also population figures from various sources are given.

Table 2 tentative Population Projections of Towns of – Scenario – B (Provincial)

No information is available on this subject. It is unlikely that this activity is done here as a normal practice by wide section of the population in .

There are three types of wastes: domestic, industrial and Hospital commercial Garden wastes.

Concurrently, the supplementary object is to extract maximum benefits from the waste by turning it in to a useful product.

In future, there will be increasing quantities of plastic, non-disposal waste and toxic waste in our households, which will require new and much more expensive ways of disposal. Waste generation industries, i.e. industries that make non-degradable products are a problem of SWM.

Waste type-quality: Use of urban waste could decline due to the contamination in it, particularly of plastics. Research to be conducted on the quality of waste as soil amendment, generation and on recovery and treatment of solid waste.

Take the case of .

The various types of wastes, which are generated, are: ‘Municipal waste’ includes: household waste, street litter, municipal parks and gardens waste, offices waste and some commercial and industrial wastes. The originators, to separate ‘ recyclable or compositing’ wastes, sometimes sort out municipal waste. The remaining waste, called ‘residual waste’, is collected in special containers, provided by the local authority.

The population projections are as follows:

Composition of solid waste and generation is shown in this report.

Solid Waste generation is calculated on the basis of population projection.

3.      combination of annual growth rate and gross population capacity for the new towns.

Solid Waste Management and Disposal has been design on the basis of population projection option – II AS shown in this report however the calculation are shown of all the three options for comparison purpose.

In advance countries the amount of waste generated is enormous. We cannot emulate them because of our backwardness. But, it is useful to know a bit about how their waste is dealt with. We could try to establish basic systems, as in advance countries, for our future generations to come.

Take the case of . ‘It is estimated that nearly 36 million tones / yr of municipal waste was generated in the in 2002/03. A total of 30 million tones/yr of this waste was collected from households. That’s about /yr or half a tonne of household waste per person! (2003)’. It is important to note that in per year of solid waste can not be dealt.

This is done in the following ways:

Garbage is collected in stages, which ultimately lead to its collection at one point for a fixed zone. From this point, garbage is disposed to landfill sites. But this may not be case for all cities. For instance, in , the garbage collection system is as follows:

This is the most uneconomical way of SWM because the distance to landfill site is long and several vehicles have to make this long trips several times a day. Considering the large amount of waste and the cost of fuel and O&M, not all waste is disposed of.

The following problems arise in in primary collection: Poor attendance of sanitary workers.

Gradual decrease in number of dust bins, as a large number of garbage containers

(Katchra Kundi) are in the workshop for repairs.

Haphazard accumulation of garbage on streets, in open spaces and in drains.

It may be mentioned that the uncollected waste usually finds it way in sewers, is eaten by the cattle, or left to rot in the open, or burnt on roadsides. These are harmful practices.

Regarding a successful contract in , the contractor has performed well and lifted 100% garbage. He used less than 50% of TMA’s garbage vehicles, which were rented to him. He ensured a minimum of three trips daily by each vehicle

to the landfill. There was no intervention of labor unions. Prompt redresses of public complaints were undertaken.

The tonnage rate of Rs 269 /ton is on the higher side as compared to some of the other TMAs. The contractor dumped garbage at undesignated and un-monitored landfill sites.

TMA, Gulshan-e-Iqbal awarded a contract in 2006 for transportation of garbage from a temporary garbage transfer station to landfill site. This contract is still in force.

Generation rate is : 3 to /bed/day in document.

The handling of hospital waste, or ‘Bio-Medical Waste;, has assumed importance because of spreading such dangerous disease as AIDS. On way to manage this important issue is to make the hospital personnel aware of the dangers and the need for seriously taking the management of this waste for safe handling and disposal. Internet could be used very effectively for this purpose. A web site could be established to disseminate information for the doctors and hospital staff to read it at any time at their convenience.

The table-1 below gives the details of HCUs.

The reasons of health hazards are –a- Non-registration of HCUs either with Health Department Government of Sindh or with City Govt. and –b- Non-presence of Environment Protection Agency of Sindh at grassroot level.

The CD installed two incineration plants at Mewa Shah in 1996. Each has a capacity of /hour. Incineration take place at 800 ˚C in 10 minutes. At present 140 hospitals/clinics are incinerating their waste through these incinerators.

A contractor, M/s Abaseen International, operates both the plants for 2 years. Their responsibilities include collection of waste from hospital and clinics, transport and incinerate the waste, operate and maintain the plants. They are running only at 12- 15% capacity due to non-registration of all HCUs.

Service charges for incineration and transportation are collected from registered HCUs and deposited in the CG account. Services charges component of 22.2% is retained by CG and the balance is paid to the contractor. The table-2 below gives the services charges rates. 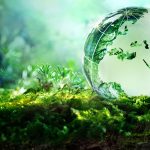